We love female screenwriters and directors here at @LondonSWF (not to mention better representation of marginalised voices, generally), so when we were recently invited to the London premiere of Amazon Prime’s new show TRANSPARENT, we sent top reviewer and previous LSF delegate Elinor Perry-Smith to check it out. Here’s the screenwriting tips she picked up from the show everyone’s talking about … 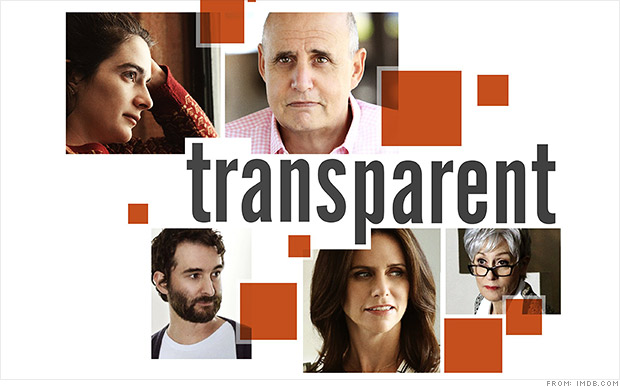 1. Be, well frankly, transparent! Do your research and network in a congruent manner with members of the Trans community. That’s what Soloway did after one of her parents came out as Trans some time ago. All writers seek the truth, but have some thought as to your own integrity. Trans people are often underrepresented in many areas of life. Soloway and her team ensured that Trans people were represented in every facet of production, in front of and behind the camera.

2. Be transformative. A zeitgeist subject like Trans is a springboard for looking at the world with fresh eyes. Gender identity has never been so fluid and is a fascinating arena for exploring how we construct ourselves, not just as individuals but as families and communities too. As Mort transforms into Maura she recognises that her family will be changed irrevocably.

3. Be transcendent. What are the qualities that will carry your Trans character through his/her experience? What makes it all worthwhile? For Maura, it is the enduring and unconditional love that she has for each of her children; an emotion that remains unaffected by the changes she undergoes. She’s vulnerable, she fears that the children will not come to terms with her new identity and reject her. In short, find the common humanity in your Trans character.

You can check out Elinor’s in-depth review of TRANSPARENT’s premiere on her own blog, HERE.

BIO: Elinor Perry-Smith is a playwright, screenwriter and reviewer living in SE London. Her short play ‘Coup’ was produced as part of a season of new writing at the White Bear Theatre. ‘Coup’ is available on Kindle, HERE. Follow Elinor as @BrideofChrist on Twitter and for her blog, CLICK HERE.