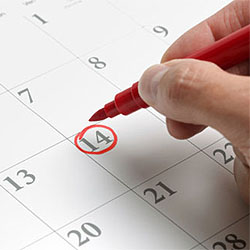 Add these dates to your calendar now.