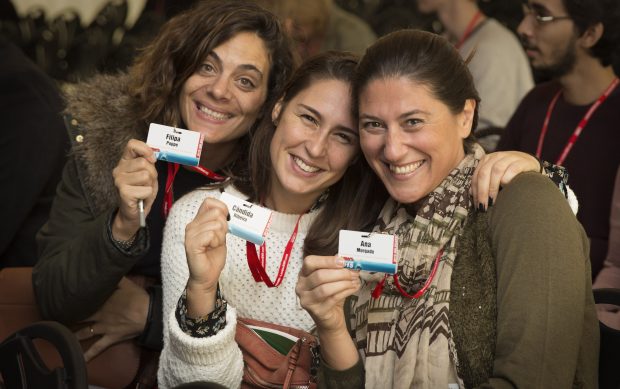 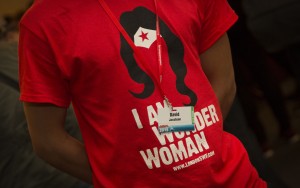 This year was the year of Wonder Woman and we chose to raise the bar on our collective sustained energy at the festival. We also invited even bigger and more inspiring names and committed to creating magic moments that none of us – delegates, speakers, staff and superhero volunteers – would NEVER forget.

Had a very informative and inspiring workshop with @Bang2write @londonswf. Time to rewrite and rewrite again.

I had an amazing week at @londonswf Highly recommended to any writer or people into screenwriting and storytelling!

If you get the chance to catch one of @MelChurcher talks & workshops do not miss it! We absolutely loved "Think like an Actor" @londonswf

So the #Humans team won Best British TV Drama Writing at @londonswf's British Screenwriters Awards. Bowled over. Thanks for a fun night too!

SOooooOOoo I really should have believed the post-@londonswf productivity rumours. 10 pages in a day. Woohoo!

@Miss_MJLive Just returned from my first @londonswf which was informative & inspiring. Got to hold on to that energy!

I just bought my ticket for @londonswf 2016! Bring it on! #amwriting

Had a brilliant time at the London Screenwriter's Festival this weekend. Thanks so much to @OnestoWatch_TV and @londonswf

It can't be over… @londonswf

@londonswf #londonswf That morning after "Oh Shit! Now I have to go and do it!" moment.

@londonswf I have a head full of wonder at 2.25am and it's all your fault.

An afternoon of hard #pitching to execs and what a result! @londonswf Grateful thanks Chris for an amazing festival @livingspiritpix

And then they were done! @londonswf what a weekend. what an inspiration #FutureLondonSWFOscars

Creative batteries recharged, writing life re-affirmed, career path re-cemented. I love you @londonswf. Tired, but so much to do. #LondonSWF

Enjoyed the hell out of teaching @londonswf Committed staff. Talented students. Thanks to all. #londonscreenwritersfestival

@livingspiritpix Chris Jones' motivational speech was so inspiring this evening! @londonswf #LSF #LSF15 We are the story makers of today!

Another fabulous event – thanks @londonswf for a spectacular #LSF2015! Looking forward to #LSF2016 already!

@londonswf #LondonSWF Facing the Elephant in my head. Show me the money! with Jean Kitson. No more unicorns and rainbows.

Strapped myself to the side of a plane to get to the @londonswf McQ&A with @chrismcquarrie & @eddiehamilton. Should've just taken the tube.

Exhausted and inspired. Thanks #LondonSWF – you were extraordinary!

I came to the LSF thinking that execs and agents were terrifying – now I know they are just lovely people who WANT your script to be great."