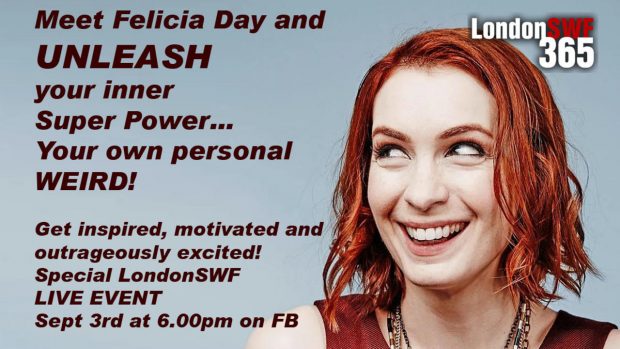 “Have you seen The Guild?” asked the rogue next to me. Two seconds later I was dead, so I never got to ask him to elaborate. Such was life as a PVP player in World of Warcraft.

Hold up – I can see your confusion.

You came to read about screenwriting, and this mysterious “Felicia Day” person, not gaming. Not to worry. All will be revealed, if you simply accept this quest: Continue Reading…

Still here? Great! Welcome fellow interweb adventurer. This is the tale of how a little web series called the Guild inspired me to pursue the writing I love, and why I’m so excited to interview her for the London Screenwriters’ Festival Online (Sept. 3, 6pm BST – EEEEK!)

It was 2008. I was in my final months of a Business Management degree, top of my class, and I knew one thing with absolute clarity: I loathed it, and had no idea what I was going to do with my life. I minored in creative writing to keep myself sane and took my frustration and uncertainty out in the game, killing monsters and pestering my unique assortment of friends: my guild. You see, a guild in World of Warcraft (or WoW as we call it) is far more than an organisation, it’s your online family.

If you don’t understand what’s so fascinating about spending time in a fake world, let me explain as simply as I can. By day, I wrote case studies on theoretically improving Krispy Kreme’s profit margins in the time of diet trends. By night, I attacked giant spiders and mythical monsters as part of a 10-man team, all of us on headsets planning our moves and timing as if we were in Oceans 11 planning a heist. Which would you prefer? If you said Krispy Kreme, you lucky duck, much job security lies in your future.

The other allure of WoW was the difficulty! We failed a lot, regrouped, read guides from others who had succeeded, and tried again. That persistence is a vital skill in screenwriting as rejection after rejection comes. Once more unto the breach, dear friends! The battle can still be won!

Which brings me to back to The Guild, created in 2007 by self-made marvel Felicia Day – then an unknown Hollywood hopeful shooting it in her garage with no budget. It was launched on YouTube. I click the link. It opens with Codex, an insecure girl gamer who doesn’t know what she’s doing with her life and plays way too much WoW. OMG. SHE IS ME!

The similarities to Codex resonated. But it was the WRITING that hooked me. Don’t believe me? Go look at the script and watch the 4-minute pilot (links in our Lounge page: https://www.screenwritersfestival.online/lounge). In the space of 6 pages, she manages to clearly define SIX characters, introduce an inciting incident, and leave a hook for the next episode. What?! SPOILERS AHEAD so go watch it if you’re going to.

We’ve got Codex, the insecure people-pleaser. And our heroine!

Tinkerballa – the fierce badass loose cannon who swears like a game-sailor.

Clara – the clueless one, or as the script says, “What happens to a cheerleader after two kids” – gotta love that intro.

All of them are shown through action and dialogue as they navigate a typical guild game run.

Then there’s the story. Thanks to her webcam confession and therapist conversation, we know our heroine is jobless, has never met her gaming friends face to face, and is in denial about her WoW addiction (yay subtext! “Codex: ‘I’ve been establishing parameters’ – She looks down at a Post-It stuck to her monitor that reads ‘Online Limit: 1, 2, 3, 4, 5 Hours'”). Talk about flaws! But wait, there’s a disturbance in the force – their guild member Zaboo is missing. Hmmmm. Inciting incident: her doorbell rings. Yes, it is Zaboo on her doorstep, with flowers… and a suitcase?! He lets himself in and Codex the people pleaser can’t say no. Uh oh! What’s going to happen now? Tune in next time….

Here was Felicia writing exactly the kind of thing I loved, and doing it on her own. Hell yes! Girl power!

Crossing the threshold / Breaking into act 2:

Suffice it to say, when I stood in front of a crowd of people, an achievement for “Best Woman in Business” in my hand, and they asked me what I was going to do now… I said I was moving to L.A. to join the film industry. They tittered, what a funny one! Then they saw the determination in my face, and the laughter died. And that’s exactly what I did!

Now, this wasn’t entirely out of left field as my father had also been in the film industry (and was dead set against me doing it too), but it felt wild and bold. L.A. has a way of dousing you with Reality as well, but I managed to carve a niche for myself both as an actor (in primarily corporate ads, yay business jargon, ha!) and as film crew. And yet, there was still something missing…

As I came home exhausted from yet another 4am – 8pm shoot, one of my gaming friends sent me a link to a new Guild video: Game On, a Bollywood gamer’s anthem. Hello, perfection! Again, link is in the Lounge page.

I’m the type of person whose very first short film was titled Some Kind of Horror – the Musical, so you can imagine my excitement. And that’s when I knew, really knew, that my first love was WRITING, and more than that – I should pursue it. How else to give the wacky characters in my head a voice?

Like any decent quest, there were monsters ahead and pushing through led to trying and financially stressful times. I wasn’t alone. If you read Felicia Day’s bestselling book You’re Never Weird on the Internet, Almost (do it! It’s on Kindle) you’ll see that her corner of the internet’s attention was earned an inch at a time. She’s no overnight success. She was homeschooled, socially awkward, an early adopter of social media, and she wrote personal emails to everyone she could find in order to gain viewers. She self-promoted her show at Comicon as an attendee, not a guest. She struggled with mental health while helming her production company Geek and Sundry.

Heck, she has 2.7 million followers on Twitter but I’ll bet many of you reading this have never heard of her, or you know her only as a quirky actress from geeky shows like Eureka and Supernatural. She does a video podcast (a “vodcast” if you will) every other week, streams new games and things 3 times a week, recently wrote and acted in Netflix’s Mystery Science Theater 3000, and still makes time to do things like talk with us at LSF! She is a hustler (in the best way).

Which leads me to now. I left the glittering lights of L.A. for the literally greener grass of the U.K. – and in so doing, was hired to co-write my first feature… for someone in L.A. Life’s a funny one! I fully believe it’s possible to achieve amazing things no matter where you are in the world. I’ve seen it many times over in my friends and in tales from our speakers at LSF. Write it. Get it made. Get it out there. There is an audience for YOUR WORDS – but they don’t know that your words exists until you show them!

In these uncertain times, I turn to my fandoms. Buffy. Supernatural. Firefly. The Guild. Groups of silly geeks sharing geeky shows. And then there’s a post – This episode got me through the death of my mom. Another. I’m bingeing this show while I recover from chemo. Or I’m struggling with my mental health, can you send me your favourite gifs? Geeky shows – changing people’s lives. Felicia Day showed me that you don’t have to write the Godfather to affect people. You just have to “embrace your weird,” face your fears and show yourself to the world.

Felicia has inspired me for more than a decade. I cannot fully express my gratitude to Chris Jones, Bob Schultz, and the creative powerhouse that is the London Screenwriters Festival for this chance to interview her, and I can’t wait to hear her thoughts on the future. Whatever this interview is, it will be weird. And inspiring. And epic. I’ll see you there. 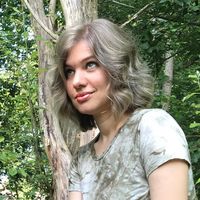