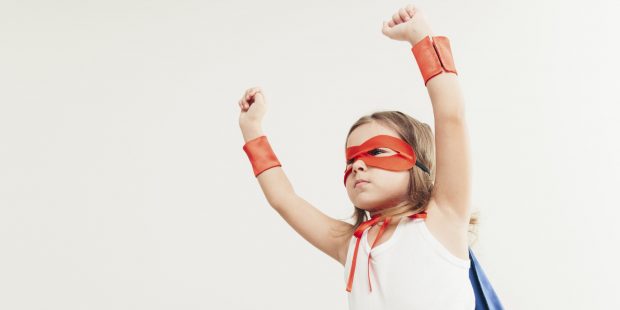 I couldn’t afford to attend LondonSWF. So I crowdfunded it and got my pass in under one week!

First of all, let me get this off my chest: I’m a fraud. That’s kind of how I feel. I’m not on the breadline. I’m not about to get my house repossessed or the electricity cut off.

I’m like most of you reading this. Not poor, but hardly rolling in it. The bills get paid, but there’s not much left over afterwards. We have a family holiday once a year, which my long-suffering, hard-working husband starts saving for the minute we land back at Gatwick. If the car fails the MOT, we have to tighten our belts for a bit. If something needs repairing, we bodge it together with elastic bands and sticky tape and hope it holds until we’ve saved up to get it done properly. Plus I’m a middle-aged mum; I struggle with the whole concept of spending money on myself when my daughter needs new shoes, the phone bill’s bigger than expected, and the tyres on the car are balder than Patrick Stewart.

I’ve struggled to get work since coming back to the UK after eight years in New Zealand. I eventually set myself up as a cleaner, but after a few months managed to lose both my clients in the same week (no mean feat). There then followed six months of unemployment, which did wonders for my writing (so much time in front of the computer!) but nothing for my bank balance. I’m now working three different cleaning jobs and, like I said, we get by.

I was desperate to come to the London Screenwriters’ Festival this year. With all the writing I’ve been managing to do, I’m at that stage where I really need to network. I need to meet other writers, to pick the brains of those more experienced than me, to learn from the professionals and listen to those in the know. But £348 for a festival ticket? It might just as well have been £3,480.

So I appealed for moneymaking ideas on social media. I put my name out there on various websites, looking for extra work as a proofreader and copywriter. Hmmm. Do you know how many proofreaders and copywriters there are in the world? Millions. I looked around for stuff to sell on eBay, but we’d sold all our unwanted things two years ago when we moved back to the UK. And then a couple of people suggested crowd-funding.

But isn’t that like accepting charity? Like begging? And don’t you normally have to be a really deserving cause or offer donors something in return? But they kept suggesting it, so eventually I set up an appeal on GoFundMe, more to shut them up than out of any expectation of getting the money. I couldn’t offer potential donors any return on their investment; I couldn’t give them a walk-on part or a percentage of profits. Instead, I told the world that I was an ambitious, dedicated writer and that, if they helped me go to the ball, I would work my socks off and grasp every opportunity the festival presented me with.

It started with the people who’d suggested it, and I thought that would be it. And then it grew. Some non-writer friends who I’ve known for ages. Other writers who I’ve only ever spoken to on Facebook, but who are keen to meet up at the festival. Then others who I don’t know at all, but who have read my posts on the various writers’ groups on FB and enjoyed them. In just over a week, these lovely people had raised enough for my ticket. I cried my eyes out (my campaign page is here https://www.gofundme.com/2e6bfh38).

So I’m counting my blessings (which are numerous) and thanking the Lord/Allah/Buddha that there are such generous people in the world. I’m paying it back/forwards by answering the call of other writers when they need someone to read their script or proofread a piece of work. I’m applying for Script Labs and Table Reads and anything else I can. I’m looking forward to meeting in the flesh all the people I spend far too much time talking to on social media, and to sucking every drop of learning and experience I can out of the talks and workshops. I’m going to pitch to anyone who’ll listen.

And I’ll be thinking about the people who made it possible for me to be there. I’ve already told them I’m paying them back – they’ve all refused – so instead I’ve allocated them tickets to the premiere of my first as yet un-made movie (which will be filmed using one of my as yet un-optioned scripts). And I warn you now, if I ever win an Oscar I’ve got such a long list of people to thank in my acceptance speech, the Academy won’t be best pleased.

NOTE form Chris Jones, creative director at LondonSWF. If you want to Crowdfund too, let us and we will promote your campaign. Heck we will likely contribute to it also!