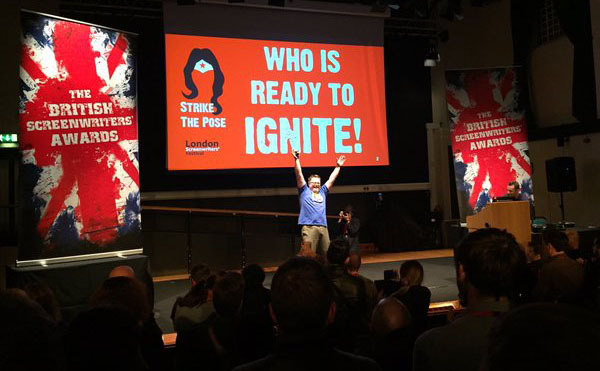 Imagine yourself at a dinner party. Someone asks what you do. Do you bravely state, “I’m a writer!”? Identifying ourselves as writers, as people who do a job for which we don’t get paid and often don’t see success for quite a while is something most people in our salary-oriented, job title-obsessed culture just can’t compute.

The fact that you just spent three (or more) days scrambling around Regent’s College from one seminar to another, standing in the corner, looking like an escaped asylum inmate as you practiced your pitch for the five hundredth time, and sharing your ideas with fellow writers should prove that: You. Are. A Writer.

But is that what the voice in your head is saying as you read this? 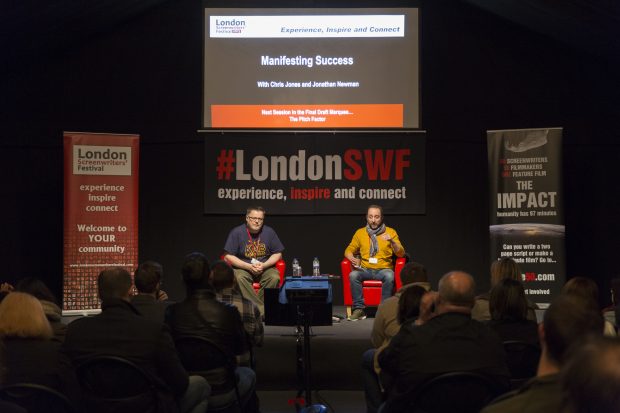 This is the voice Chris was speaking of in his seminar “Manifesting Success,” the voice that narrates our lives, and is too often a voice of fear, insecurity, and anxiety. This is the voice that tells us the bullshit stories (Chris’s wonderful phrasing) that prevent us from actualizing on our desire to become a writer.

And that’s the bullshit – you don’t become a writer. You either are. Or you’re not.

And what determines this is not based on what you think. It’s what you do. Chris posed the question: how are you manifesting success through your thinking? And just as importantly, how do your actions reflect your mind?

A few years ago, I had finally learned to confidently say, “I’m a writer,” but I allowed that voice of fear prevent me from taking the next step – publication. I finally realized the only way I was going to get published in my current state was if a thief broke into my house, stole my laptop, happened to open the file where I save my stories, read them, and thought “wow, these are rather good. And I just happen to have a publisher friend.”

So, after attending an inspiring and daunting weeklong fiction workshop a couple years ago, I came out of it with a new mentality – fuck it.

For the next three months, I researched journals and refined my work. And then I submitted. A lot. Within six months, I had placed 10 stories, some of which had won some decent contests and awards! I changed my mindset, and more importantly, I changed my actions. I stopped telling myself bullshit stories and I put actions to my intentions.

As you head out from this year’s festival, inspired and motivated, how are you going to manifest success?

How will you change the stories you tell yourself?

That voice will never stop telling you bullshit stories, and frankly, I like hearing it because it reminds me that the biggest roadblock to my success is…myself. If I listen to that voice, then I’ll get what I deserve. Which will be nothing.

I'm still buzzing my socks off about the Lab... what a tremendous experience!"