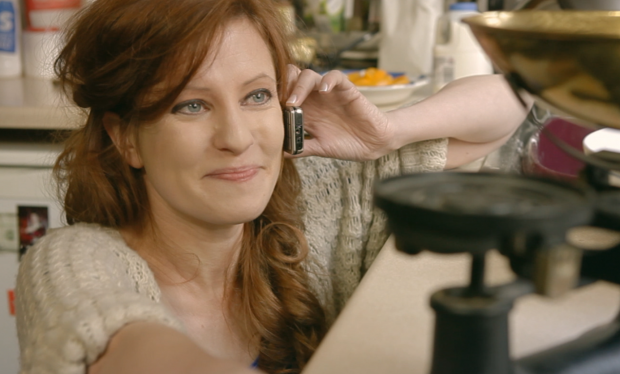 “Most good trout recipes have only two ingredients, and one of them is trout.”

I love that. I don’t even know if it’s actually true, but I love it. Someone said it to me once since then I’ve tried to cram it into as many contexts as possible. Most of the time I just about manage it, scraping by with just enough resolve to let it land, but that’s half the fun. This time though I think I’ve got it, because a web series, perhaps more than any other writing medium, is one that’s defined by its own limitations.

A lot of the best web content you see is micro budget, extremely short and relatively simple. It’s a medium which lends itself to these things. The internet is probably the first really democratic medium. There’s nothing (other than the tastes of your audience) to stop your pyjama drenched barkings from becoming huge, and there’s something romantic about that. That’s the point. It’s supposed to be small. It’s supposed to be made by someone holding a bowl of weetos off camera.

When we started Comfort Food we started from a place of limitations. I was just about to get sacked, so with the £100 left over from my last paycheque I knew I wanted to make something. That meant it had to be small, and that dictated everything else. Minimal characters, minimal locations, even the theme was tiny. I’ve got a theory about romance (because I’m the sort of guy who has theories about romance) that it should be as small as possible. Grand romantic gestures I can give or take, but I have a friend who every time the language selection comes up on the DVD menu, his wife leans into with a voice like roughage and says “Espanol?” They’ve been doing it for 20 years. Boom. That’s it. That’s the small stuff. So when I knew I had to do something small, my mind went straight to romantic comedy, and then to recipes.

And this is what I came up with. Luke and Liyana are a long distance couple who decide to keep their relationship alive by starting to bake desserts together over the phone.

So with the smallest, warmest idea I could come up with shot and edited, we used our ostentatious £100 pilot as a platform for a crowdfunding campaign and managed to raise enough to make the rest of the series. This was no easy task, but the internet is full of people wanting to connect and get involved with things. Our campaign ran on the idea that it should be a game. We ran competitions to guess desserts, we wrote songs for our fans, we let them vote on alternate lines and we made them play “which of these it not a real goose”. We found a way to make the gooey, stupid fun theme of the show part of the campaign.

Looking back the most rewarding and useful part of it was simply the chance to do a dry run at a show. The trouble with sitting in your pyjamas eating weetos (HYPOTHETICALLY, AHEM) is that it’s easy to forget the impact words actually have on production, and that can end with having to rewrite a sequence in order to end up in decent proximity to a loaf of bread.

As a result of making the show and a few other self-starter enterprises I’ve now managed to transition into writing for television, and have just finished a season as head writer on Cabu Cabu, a Nigerian reimagining of the HBO series In Treatment, and I can’t recommend enough the experience of making something yourself, getting your hands dirty and seeing what the process entails. It really does help get to grips with otherwise abstract ideas about production, as well as forcing you to get creative with what you’ve got. Writing Comfort Food I ended up in my kitchen for three days trying to devise a chemical process that could make ice cream from scratch in under three minutes. Now the episode where they use it to make an arctic roll is my favourite of the series. Sometimes being backed into a corner is exactly where you want to be to get creative.

I run a script reading group in Central London called Kites and Violence, and along with trying to get everyone to be mean to one another, the advice I give people most often is to get in the ditch and make something for themselves. It’s incredibly helpful to get your work out there as a short film or a web series. Even if the result isn’t what you hoped it would be, the learning experience will be worth it a hundred times over. But if you do want to make the best out of it, embrace the limitations of what you’re doing. There might well be a way to tell an Odyssean epic saga through a web series, but I know I wasn’t capable of it. Don’t let that hold you back though, let it be your golden ticket. A web series shouldn’t be a chopped up feature film, it should be something that could and should only exist as web content.

So I say go out and give it a go. But more than that, test yourself. See what you can do when you’re backed into a corner. You’ve got two ingredients, and one of them is trout, so learn to make the other one count.