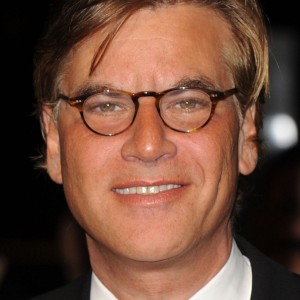 I often tell writers that they should worry about their dialogue later in the drafting process. Why? It comes down to this:

There is too much dialogue in your screenplay.

Most spec screenplays are dialogue-led. In other words, characters talk too much; scenes are all about that talk, rather than the action within them. Each scene becomes chains of dialogue, sometimes running for pages and pages; other times too much emphasis is placed on dialogue above visuals. Very often, it’s both.

In other words then, those spec screenplays are very theatrical. Yet emphasis should be on SCREEN, not PLAY. But you are a SCREENwriter. Not a playwright.

Look, I get it. I know it’s confusing. You hear loads about “white space” and reckon pithy dialogue exchanges are the way to achieve this. But again, trust me: it’s not.

So dialogue is the LAST thing you need to worry about.

That’s not to say dialogue is not important; of course it is. A script is the sum of all its parts. But if you stop obsessing over dialogue, or letting it run away with you or your scenes? You will be able to create a proper foundation for your STORY – which is what it’s all about.

So don’t worry about your dialogue. Think of it as a filler in the first instance. Write anything. Anything at all; whatever works for you is fine. I even have professional writers on my books who write stuff like:

[Character] reckons [other character] is a pillock – argument ensues.

True fact. And guess what: they write great dialogue, when they get to it … Once they’ve built the other stuff up FIRST.

Worry about subtext and echoing and foreshadowing and all that guff later. Besides, sometimes, “normal” dialogue is OK. Do remember: not everyone wants Tarantino or Sorkin-esque rapid fire exchanges; not everyone wants Whedon or Cody’s neverending sass, or even Shakespeare’s super deluxe eloquence.

The organisers and volunteers are so enthusiastic and generous with their positivity that you can almost see people’s inhibitions and fears evaporating over the course of the weekend."