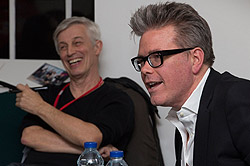 It’s one thing sitting in an audience listening to that producer, agent or writer… it’s an entirely different thing getting real face-to-face time with them 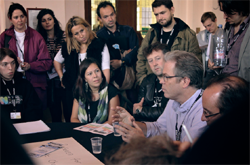 That’s why we set up ‘Script Chats’, special, intimate and informal chats with speakers that take place directly after their sessions.

‘Script chat was the best thing at the festival for me. It was such a wonderful opportunity to be able to talk to the speakers in such a personal, comfortable atmosphere.’
Gemma, Writer

"There are so many things I love about LSF, especially the fabulous speakers and, the most of all, the community spirit!"