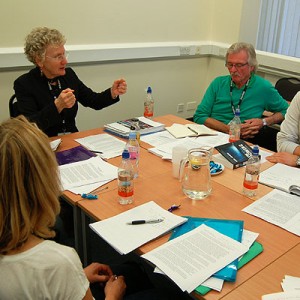 These are the results for the Script Labs 2012. We’ve been trying to ensure ALL applicants get notified, so apologies if you’ve slipped the net.

For more info on the whopping 363 applications we received for this year’s Script Labs at @LondonSWF, check out Lucy V’s inside view on the spec pile here (Part One http://www.bang2write.com/2012/10/inside-the-spec-pile-script-labs-2012.html ) & here (Part Two http://www.bang2write.com/2012/10/londonswf-script-labs-2012-a-look-in-the-spec-pile-part-2.html ).

Remember to keep checking back here to see who gets picked for the Luke Ryan, Stephen May, Gregor Sharpe and Gub Neal Script Labs, hopefully before the end of this week.

For now … here are the lucky Script Labbers so far!

We received 7 applications for this Script Lab, so after some discussion between leader of the Lab Steve Ince and Festival Director Chris Jones, we took everyone who applied as it seemed fairest. So well done to:

The following loglines were picked by the Collabor8te team from the 35 submitted. Collabor8te have requested the writers’ short scripts and team will be reading them over the next week or so, before meeting with the writers individually during the festival to discuss them. Well done everyone!

2 – Chantal Schaul, HOLE IN THE WALL

Postwoman Carla, in love with the handsome voice behind a door on her round, is encouraged to follow her heart by Miss Brambley from up the street – and finds out that sweet little old ladies can resort to money-making schemes that even hedge fund managers haven’t heard of.

When pushed too far by the building contractor from hell, a normally self-effacing male nurse gives his tormenter a taste of his own medicine.

Two theatre divas vie for the role of Lady Macbeth by trying to out-act one another… to the death.  A highly stylized dark comedy inspired by characters from All About Eve (1950) and with dialogue in rhyming iambic pentameter.

Doubting his girlfriend’s feelings for him, oddball Archie invents a contraption for measuring love – but is it safe? And what price love that goes up to eleven?

87 year-old twin sisters Pat and Maggie were meant to grow up and forget their imaginary friend Mr Riddlesworth, but they never did and now he’s bored and out for revenge…

We received 14 applications for this Script Lab. Chantelle was by far and away the most popular character to feature; followed by Antoine Malick. Storylines revolving around organ transplantation were the favourite of the pitches, closely followed by sibling rivalry and suicide.

With just 6 spaces on the Script Labs available, some hard decisions had to be made – and there were literally just a point or two between some of the applications that placed and did not.

After much deliberation then (and a second read of every application!), the following Script Labbers made the cut:

The rest of the Script Lab participants will be announced by the end of the week.