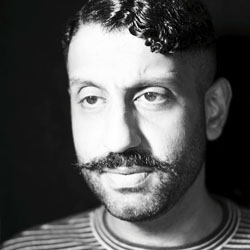 Adeel started his acting career with the National Youth Theatre and went on to train in New York at the Actors Studio Drama School.

Recent work includes the feature film Pan (Warner Bros)  in which he plays ‘Smee’ directed by Joe Wright, other film includes The Dictator (Paramount) with Sacha Baron Cohen and he is most know for his role as ‘Faisal’ in British comedy Four Lions.