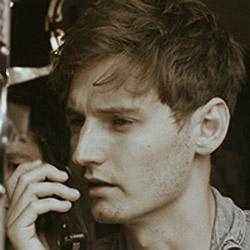 Cannibal Films is a film and TV development and production company with one film under their belt and a number of other projects at various stages of development. Founded in 2013 by Ern Herrmann, Tom kerevan and Alex Lightman, together they raised finance, produced and were the core creative team on their debut feature Tear Me Apart.

Impressed by their achievement, Mark Sandell, previously founding partner of Trinity Filmed Entertainment, joined the company in 2016 to help expand. They are building on their momentum by developing and producing genre content with depth- unexpected, imaginative and sizable stories that not only understand their audience, but aim to capture new audiences too.

I would encourage screenwriters living in the States to fly over the Atlantic for the LSF. Make a week of it!"