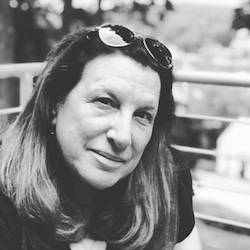 ALEXA L. FOGEL has won three Emmy Awards for casting, with a total of thirteen nominations. She has also won eight Artios Awards from the Casting Society of America.

Some of her numerous television casting credits include Pose, Atlanta, Ozark, The Politician, The Plot Against America, The Outsider, The Deuce, Warrior, Quarry, Banshee, Treme, Ripper Street, The Wire, Generation Kill, Show Me A Hero, and Oz.

Additionally, Alexa has cast films such as Judas and the Black Messiah, The Prom, The Boy Who Harnessed the Wind, Too Big To Fail, Our Brand Is Crisis, The Sitter, and Red Tails. Upcoming projects include HBO’s We Own This City, Apple TV’s In With the Devil, and the feature film What If, directed by Billy Porter.

Her credits as a producer include One Last Thing, starring Wendell Pierce, Jurnee Smollett-Bell, and Joanne Froggatt, This Is Where We Live, Helena From The Wedding, Run Fat Boy Run, directed by David Schwimmer and starring Simon Pegg and Thandie Newton, A Hole In One, starring Michelle Williams, Face, and Our Song.