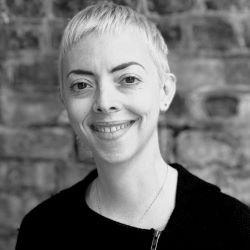 Alexandra has co-produced four successful feature films including Oscar winner The Duchess. She worked in the film industry for 18 years before making the move into TV in 2016 and is currently Head of Development at Caryn Mandabach Productions (Peaky Blinders).

Throughout her career she has particularly enjoyed collaborating with both established and newer screenwriters, and has sought to celebrate and champion their talents. This has led to her 12-year stewardship of The Brit List, which has seen it grow from humble beginnings to become recognised as an industry-wide platform for writing voices in the UK.

Alexandra Arlango is appearing at the following sessions: