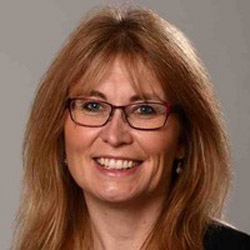 Alison Clapham is a freelance screenwriter whose produced scripts include training and corporate films. She has attended LSF regularly since 2012 and was accepted onto the LSF Talent Campus in 2016.

Three of her screenplays were finalists in the Impact50 initiative, with ‘Rough Diamond’ status awarded for her short script And Then There Were Two, which she co-produced.

It's so rare to have so many writers – some of the most intelligent, imaginative souls there are – in one place at the same time..."