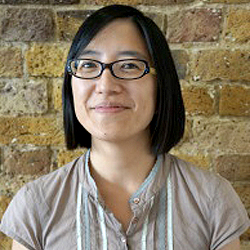 After finishing her MFA at UCLA’s Producers Program, Amanda headed to London pursue her dreams of working in scripted TV. Having worked at Caryn Mandabach Productions and C4’s Drama department, Amanda joined Keshet Productions UK in 2016. When she’s not chasing new writers and harnessing their creative brainpower, Amanda enjoys practicing oenophilia ahead of her retirement amongst hectares of vines.

Interested in drama and comedy that compels, surprises or sheds new light on well-trodden genres and subjects. Keshet UK look for both international-skewing and local, regional-set narratives, but keen for premises that can sustain for multiple series. Open to genre, including horror and YA-skewing.