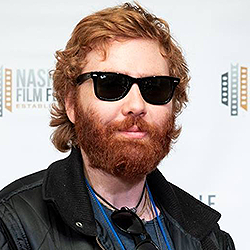 Andrew is a writer & producer with several projects in development, both in Film and T.V. Most recently, he wrote a WWII Action/Thriller involving the invasion of Sicily, which he’s co-producing with Runaway Planet Content Group. Brett Donahue (ACTS OF VIOLENCE), is directing the project, slated to shoot in Spring of 2019. Other projects include an Action/Thriller set-up with Mark Canton (300), a Horror/Thriller with Storyboard Ent. (THE STRANGE ONES), and a Female-Driven Action/Thriller Pilot with Buffalo Gal Pictures (SIBERIA). His 2017 short Sci-Fi film — MIRRORED — screened at more than a dozen festivals, including at San Diego Comic-Con. In addition to screenwriting and producing, Andrew writes comics, video games, and mobile apps, including the ASSASSIN’S CREED: V trailer, directed by Rob Zombie.