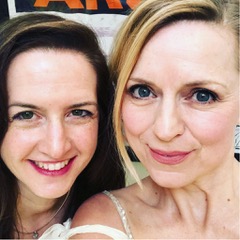 Actress Andromeda Godfrey and Screenwriter Diana Juhr DeBenedetti founded Makelight Productions in 2010 to develop and produce entertaining independent films. Makelight’s original mission was to increase roles for women in front of and behind the camera, and their films embody this vision by promoting diversity and inclusivity.

Their debut feature film 2:Hrs had its UK theatrical and VOD release this summer and is currently being sold worldwide.

Makelight have also produced short films, among others, Dream Date and Rudie Can’t Fail. Dream Date was a winner of the 50 Kisses initiative and an award-winning official selection in over 40 festivals around the world. It received support from BFI/British Council and was also picked up by a distributer, Peccadillo Pictures.