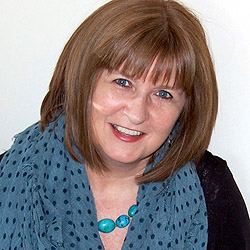 Anji Loman Field is a writer/producer working in television, radio and film. After several years writing [various projects] for the German market and BBC Radio 4, and for EastEnders, Holby City and Doctors, Anji travelled to Cambodia in 2005, initially to storyline and write Taste of Life, a drama series for BBC Media Action (formerly BBC World Service Trust). She went on to devise and show-run House with Many Windows in Vietnam, also for BBC Media Action.

Anji later wrote the romantic comedy film Staying Single, set in Cambodia, and in 2009 founded In Development Productions (IDP), producing two films: Saving Seca and The Little Enemy; a pilot for a long-running TV drama series Karma; a reality TV series You’re the Man plus various music videos, TV spots and training films. Anji is now UK based and IDP has a current slate of projects at various stages of development.