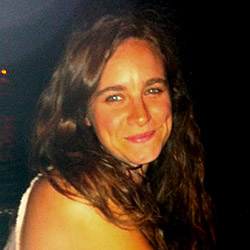 Anna Mohr-Pietsch is currently Head of Development and a fiction producer at Met Film Production, an independent production company with a roster of high quality fiction and documentary projects for theatrical audiences worldwide.

Met Film is responsible for hit comedy The Infidel, as well as several award-winning documentaries including Grierson winner Deep Water and Sarah Gavron’s Village at the End of the World. Upcoming films include The Great Hip Hop Hoax which Vertigo will release this autumn.

As Head of Development, Anna is responsible for sourcing new projects and talent for Met’s fiction slate. Alongside producing partner Stewart le Maréchal she sees projects through from development to production and exhibition.

Anna previously held roles at The Weinstein Company and Working Title Films, where she worked on the acquisition, development and production of a multitude of award-winning films including The King’s Speech, Inglourious Basterds, Atonement, Frost/Nixon and Tinker Tailor Soldier Spy.

Anna holds an English degree from Oxford University. She has produced and production managed short films, has worked extensively as a script consultant and is a regular panelist and mentor at film festivals and the Met Film School.

Met Film Production develops and produces high quality, ambitious feature films for the international marketplace. We are looking for commercially viable material with strong creative vision, ideally within a £2m-£12m budget range. We have a limited slate but are always on the lookout for unique stories and exceptional talent, whatever the genre.