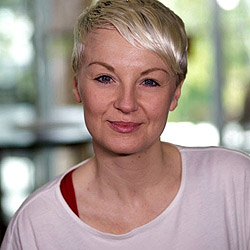 Anna Southgate began her writing career over 20 years ago with an award-wining BBC Radio 4 satirical impressionist show that later went to TV. As a film Screenwriter Anna has written comedies and dramas for casts that include Academy, BAFTA, Emmy and Golden Globe nominees and winners. She also writes for live events, including material for stand-up comedians at the Edinburgh Fringe Festival and for national tours. Currently she is developing content for immersive experiences (Virtual Reality).

As a Director and Producer, Anna’s work has been selected for eight International film festivals – one film winning two American prizes. Directing videos for music artists has lead her to a collaboration with Universal Music’s Globe Productions, the award winning production company.

Anna is a Script Consultant for the British Film Institute (BFI), Euroscript international screenwriting consultancy, and production companies including Rather Good Films Ltd. She is also an Influencer for ‘Reclaim the Frame’ – Bird’s Eye View’s initiative to champion female filmmakers.

A kick in the ass to get writing! Invaluable access to pitching. No nerves, total confidence – thank you! Find your tribe! Tell your story!"