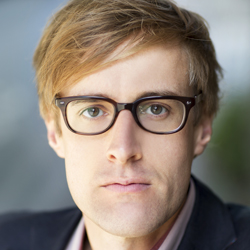 Set up in 1989, Renaissance Films has been producing award-winning global feature films ever since.

Anthony joined as Head of Development in 2015 and is currently responsible for identifying new concepts, original screenplays and adaptations. His main focus has been establishing relationships with new writers and directors, reinforcing the companies history of backing up and coming creative talent.

Anthony Joblin is appearing at the following sessions: