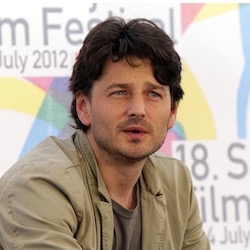 Barnaby Southcombe began his directing career in theatre with an adaptation of Harold Pinter’s Betrayal at the Studio des Champs-Élysées in Paris. He then moved into music promo and commercials production in London before getting his directing break in TV drama with teen show As If for Channel 4. He subsequently directed Teachers also for Channel 4, launched the dope opera Top Buzzer for MTV and directed the pilot episode for Waterloo Road, an award-winning drama for BBC1 amongst several other dramas.

His second film Scarborough is an adaptation of the award winning Royal Court production by Fiona Evans starring Jessica Barden, Jordan Bolger, Edward Hogg and Jodhi May. The film premiered at Warsaw Film Festival and was selected for Official Competition at TIFF 19 and Macao IFFAM where it won the Best Screenplay Award. Jessica Barden was nominated for BIFA for Best Supporting Actress.

Barnaby is a founding partner of Embargo Films, which has produced I, Anna, Pusher, The Sweeney, Still Life, Miss You Already and Scarborough.