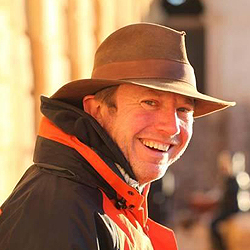 Ben has directed four feature films, and written three produced feature films. He has over fifty TV credits as writer, director and/or producer across a range of genres. He is currently in post-production on crime thriller “Code Of Silence”, starring Stephen Moyer, and is casting his next film — a 1920s era heist movie that shoots end of 2021.

Ben is looking for writers (not writer-directors please) with high-concept, very contained scripts. He is also looking for stand-out writing samples that show potential for future collaboration. It’s as much about the writer as the script.

You are unlikely to get expensive-to-produce scripts financed without existing IP, or track record — though nothing is impossible.