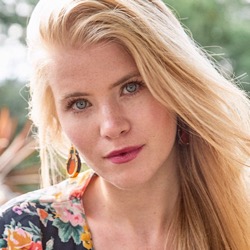 Betty was the compère for the British Screenwriters’ Awards. She is an accomplished actress and dedicated to the creative arts.

The youngest of 14 generations of actors in her family, Betty has worked on stage and on screen both in film and in TV from a young age.

Thank you for an amazing, informative, and the most memorable LondonSWF yet!"