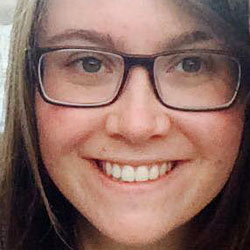 Originally from Liverpool, Bonnie graduated from Birmingham University in 2013 and was lucky enough to land her first job as assistant to producer Debra Hayward. Debra had recently stepped down from her role as Head of Film at Working Title Films UK to produce the Oscar Award winning Les Miserables.

After year one Debra joined forces with Alison Owen and the three, along with production executive Michael Winter, became Monumental Pictures. A small team of four, Bonnie now works across film and television and is responsible the development and production needs of the company as well as assisting both Debra and Alison.

Alison is currently in post-production on director Justin Chadwick’s Tulip Fever and October 2015 has seen the release of her movie Suffragette, also produced by Faye Ward, directed by Sarah Gavron and written by Abi Morgan. Having Executive Produced the first two in the series, Debra is currently in production on Working Title Films’ and Universal Studios’ picture Bridget Jones 3.

Amongst other projects Monumental Pictures development slate includes: Caitlin Moran’s How To Build A Girl; Bill Nicholson’s Tutankhamun; Abi Morgan’s feature adaptation of Taming Of The Shrew starring Anne Hathaway and Little Women, a 13 part series for ABC which will star Natasha McElhone.