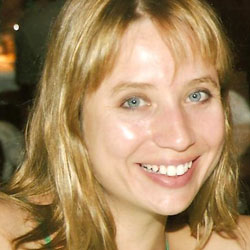 Brandy Rivers is a literary manager at Industry Entertainment.

Formerly she was an agent at The Gersh Agency, selling books to film & television. She represents clients like Barry Eisler (whose John Rain series just sold in a huge television deal to MRC), Julie Kawaga (her upcoming, untitled series just sold in a 7 figure deal to Universal), Bret Witter (whose book Monuments Men is in production with George Clooney directing and Matt Damon staring, and his upcoming book sold to Universal last year in the second biggest deal of the year behind Fifty Shades Of Grey), Terry Pratchett’s UK based company Narrativia (we are currently in negotiations on The Watch: A Discworld series with several European based networks and have an American suitor that we will make a deal with once the UK deals are closed), among many others.

Previously, she has extensive, broad based experience in the film industry at Jerry Bruckheimer Television where she worked on over 400 hours of television, Summit Entertainment, and as a manager/producer with projects such as Dear Hailey at Lifetime, Remember Me at Summit and Hourglass at Fox.

"Being a writer can be a lonely business. LSF is a reminder that we are all in the same boat."