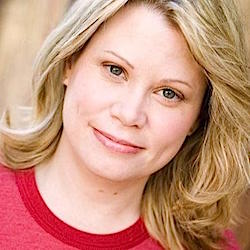 Cassidy McMillan is an award-winning film producer, director, writer. Cassidy is a development producer for the independent film companies McMillan FilmWorks, Ltd. and Moonshadow Features which works to produce narrative and documentary projects that shine a spotlight on causes including human rights, animal welfare, and the environment. Current project being set for release is the feature length documentary film “Bullies and Friends” Cassidy produced and directed, which focuses on bullying, youth suicides and a precedent setting court case. In development are feature narrative dramas including true life stories, suspense, as well as romantic comedies. Cassidy has worked on projects for AMC, Discovery, 20th Century Fox, independent films, has been a producer for theater shows, and prior work includes for the Walt Disney Company. Cassidy is a Member of the Screen Actors Guild (SAG-AFTRA), and is Communications Director for a U.S. education organization. Cassidy attended Florida Atlantic University and holds a Communications Degree in Journalism.

Cassidy’s film production company is looking to produce scripts in the budget range of 1 to 4 million, and stories that will provide audiences with insight and inspiration. Genres include both TV and film, and special consideration given to projects that feature female protagonist characters.

Cassidy also works as a script consultant, film production consultant, panelist and speaker at film and screenwriting events. She is also a journalist, media contributor; and speaks at events on bullying prevention.

Our production company is looking for:

4. Films that can be shot lower budget- up to 4 million

Writers should have an idea of who their audience would be for their script / how it is marketable.

"I absolutely loved the in-person festival, meeting and listening to experts speak about their journey. Thanks so much, you guys are amazing!"