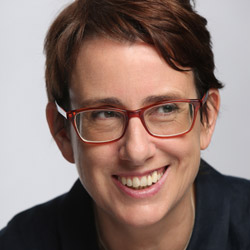 As Executive Producer and Head of Development for BBC Studios Birmingham Drama, Ceri has developed and produced the Daytime shows Shakespeare & Hathaway, The Coroner and Father Brown. She has also developed new shows coming from Birmingham – Sister Boniface and The Canterville Ghost, both for US broadcasters. She has produced Holby City, Eastenders and Silent Witness, all at the BBC. Prior to that, Ceri ran the BBC Writers’ Academy with John Yorke, which trained writers for the BBC Continuing Dramas, and has produced a generation of successful series writers and show runners.

Ceri started as a Radio Production Trainee at BBC Wales, and has worked as a Script Editor and Producer in the UK and Ireland.

Favourite production she has worked on: Father Brown.