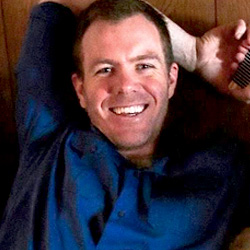 Prior to co-founding the management/production company Fictional Entity, Chris Deckard spent over seven years working with and representing talent at major agencies such as ICM Partners and WME. He has worked closely with traditional and new media buyers to find and develop content for domestic and international audiences. In addition to helping cast and package numerous features and series, he has evaluated thousands of scripts for actors and directors. Chris enjoys helping creators achieve the full potential of their ideas through character and story. Chris graduated from Cornell University and earned his J.D. from Notre Dame Law School.

The sheer raw energy bouncing from writer to writer and from room to room was something truly special."