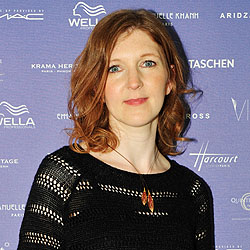 Claudia Myers is the writer, director and producer of Fort Bliss about a female Army medic and single mother who returns from deployment and must rebuild her relationship with her young son. The film stars Michelle Monaghan and Ron Livingston, and opens theatrically in the US and Canada in September. The film has won several festival awards including Best Narrative Feature at the GI Film Festival, Honors for Outstanding Achievement in Filmmaking at the Newport Beach Film Festival, the Audience Award at the Champs Elysées Film Festival, and the Excellence in Acting Award at the San Diego Film Festival. The script for Fort Bliss was an outgrowth of Claudia’s experience over five years making documentary films about the military community.

In 2009 she produced and directed The Long Road Back, a half-hour documentary for the Pentagon Channel, about soldiers who were severely injured in Iraq. The show won two Telly Awards, an Aurora Award, and was nominated for an Emmy Award.  In 2011, Claudia produced and directed another television documentary, Women At War, which looks at the evolution of women’s roles in the military. She also wrote and directed the interactive role-playing feature, Outside the Wire for use by the U.S. Army, which won a 2008 Codie Award and a Brandon Hall Excellence in Learning Award, and is currently used to train cadets at West Point.

Prior to this, Claudia wrote and directed the feature film Kettle of Fish, starring Mathew Modine and Gina Gershon. The movie premiered at the Tribeca Film Festival and was released theatrically in 2007. Claudia also produced the independent DC-based comedy Below the Beltway with Tate Donovan, Sarah Clarke, Noah Wyle, and Spencer Garrett. The film won the 2010 Audience Award at the Newport Beach film festival and was acquired by Showtime. As a screenwriter, Claudia has won several awards, was twice a finalist for the Sundance Screenwriters Lab, and is a recent alumna of the Hamptons Screenwriters Lab.

Claudia studied literature at Yale then went on for an MFA in film at Columbia University. She is currently a professor in the Film & Media Arts division of American University’s School of Communication.

The festival has literally transformed my career and given me opportunities I could not have found anywhere else. It's a yearly kick in the creative arse!"