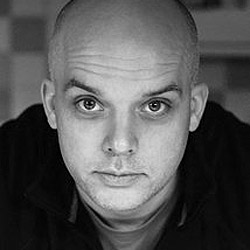 Since starting to direct in television, Colm McCarthy has worked on many top TV shows including Peaky Blinders, Sherlock, Ripper Street, Spooks, Hustle, Dr Who and The Tudors.

Single Handed, which he directed the first two parter of, became the first (and only) Irish television production to be bought by a British broadcaster and went on to run for a further three years. His Murphy’s Law, written by Russell Lewis, was nominated for a BAFTA. Russell and Colm collaborated again on a single film: Endeavour for ITV, which was a hit both critically and in terms of ratings and audience reaction. Three full series of Endeavour were commissioned by ITV as a result.

Colm McCarthy’s short films, in particular The Making of A Prodigy, have also garnered many international awards. Colm’s first feature film, Outcast, premiered at SXSW in America and EIFF in Europe