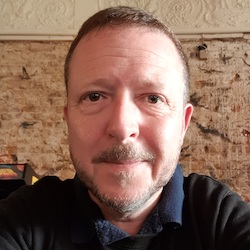 Dan Berlinka is a BAFTA-winning writer, director and producer. Most recently Dan was the creator and head writer of the CBBC comedy LAGGING, and co-creator and co-head writer of two seasons of THE A LIST, a teen supernatural mystery series for Kindle Entertainment / Netflix. Dan also directed six episodes, including both season finales. Dan was head writer, producer and director of all four series of the BAFTA-winning interactive drama DIXI (Kindle Entertainment/CBBC) and developed RHYME TIME TOWN for Dreamworks/Netflix and ITCH for Komixx / ABC Australia. His recent writing credits also include THUNDERBIRDS ARE GO (ITV), GET EVEN (BBC / Netflix), and CASUALTY (BBC).