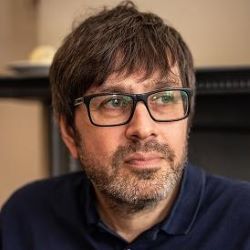 Daniel Maier has been a regular writer on Harry Hill’s TV Burp along with various other projects including The Rob Rinder Verdict, Charlie Brooker’s You Have Been Watching and How TV Ruined Your Life, ITV’s Emmerdale and Channel 4’s 10 O’Clock Live. He also wrote the The Function Room for Channel 4, which was developed into a pilot in 2012 starring Blake Harrison and Kevin Eldon. In addition, Daniel co-wrote A Touch of Cloth with Charlie Brooker for Sky 1.

He has also ventured into children’s television, writing for both Class Dismissed and Horrible Histories.

The festival awoke a passion and creativity in me that had begun to fade in the struggle of this industry. I am forever changed as a writer, and as a person."