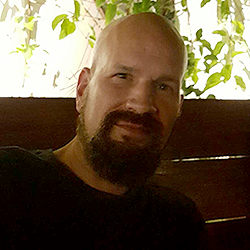 Born in Boston, Massachusetts, David moved to Los Angeles with a small rock band where he discovered that writing songs was just like telling a 3 minute story.

He started his career at the William Morris mailroom and really got the fever for the literary world. He left WMA to become an agent for the Jon Klane Agency, and later several other agencies including The Linton Agency, and ACME Talent and Literary.

David transitioned from the agency world to work for Sony Pictures where he developed a deep understanding of the studio development side of the business. Inspired, David decided to make the move into literary management and in 2015 started his own management company MaCroManagement.

Three days of inspiration and education with a tribe of dreamers and believers, and friends both old and new."