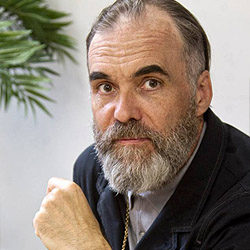 A former award winning actor, Wilkinson, who became the first true independent  producer to work with the BBC, has produced or distributed over 100 feature films, and with well over half of these having a first film director, producer or screenwriter this makes him one of the UK’s foremost authorities on how emerging filmmakers can make that elusive first feature.

LSF gave me a much clearer understanding of the industry than I had before I came."