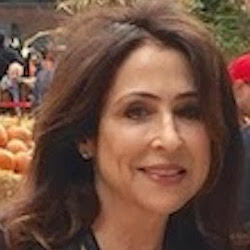 MakeMagic Productions is dedicated to the development and production of commercially viable and richly entertaining film, television and theatre. We are drawn to inspiring narratives and compelling characters that move, enlighten and entertain – whether through comedy or drama – and have a universal appeal in the global marketplace. Please note: horror, war, crime, gangster or serial killer stories are all fine genres, but not for MakeMagic.

After earning a B.A. in Theatre Arts from Hofstra University, and spending a year in New York City as a talent agent, Ms. Williams attended the graduate producing program at USC film school while simultaneously performing her first job in Hollywood as a production assistant on E.T.

Denise advanced to Story Editor at 20th Century Fox / IndieProd Company, where she analyzed feature film scripts and worked with A-List writers and directors such as Robert Zemeckis, Lawrence Kasdan and Buck Henry.

As Director of Creative Affairs for Arkoff International Pictures, Denise developed feature film material and had extensive production responsibilities on their slate of films.

Denise served as Vice President of Production for Kopelson Entertainment where she was responsible for acquiring and developing feature film projects for both foreign and domestic markets. Among the many projects under her auspices were Warlock, Triumph of the Spirit and Platoon, which grossed over $100 million dollars and garnered Best Director and Best Picture Academy Awards for director Oliver Stone and producer Arnold Kopelson, respectively.

As president of MakeMagic Productions, Ms. Williams is:

Producer/writer of the motion picture, John Mack, the true story of the Harvard Psychiatry professor who worked with alien abductees and drew a conclusion that shattered his understanding of the material world and opened him to the truth that we are not alone in the Universe.

Producer/co-writer of, along with Lanett Tachel, Love After, an African-American female-driven love story inspired by true events about a romance that lives on after the premature death of one of the lovers.

Playwright of A Good American, an autobiographical play about transcending religious conflict. A Samuel French sponsored staged reading in 2018 was held to rave reviews. The play is headed to the stage for a full production.

Producer of the father/son reconciliation comedy, Oscar Divo, for which MakeMagic gained the rights and then translated from French as a feature film.

Ms. Williams is a member of the Dramatists Guild of America, the WGAwest and is a frequent Script Consultant.

The Script Surgery was awesome. I received invaluable feedback on making my story stand out from the crowd."