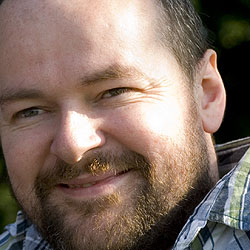 The London Screenwriters' Festival is a must go-to event for any screenwriter looking to either learn or progress in their career."