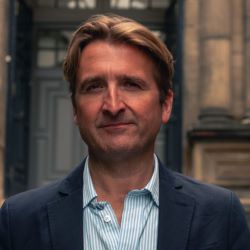 Dominic Morgan is appearing at the following sessions:

How To Become A Weapons-Grade Screenwriter with Dominic Morgan

Becoming a weapons grade screenwriter starts on page 1. No script is ever sold on the strength of the first page, but sales can easily be lost that quickly. How do you fix a first page that isn’t working?