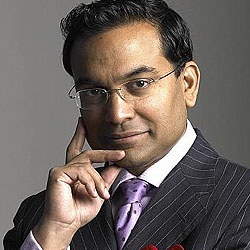 Dr Raj Persaud is a consultant psychiatrist who has worked as a consultant at the Bethlem Royal and Maudsley NHS Hospitals in London from 1994-2008, and as an honorary senior lecturer at the Institute of Psychiatry, University of London. These are the premiere research and training institutions for psychiatry in Europe.

He was also Research Fellow at Johns Hopkins Hospital in the USA and Institute of Neurology at Queens Square. His training in psychiatry since leaving UCH medical school in1986 was entirely at the Institute of Psychiatry and the Bethlem Royal and Maudsley Hospitals. Unusually for a psychiatrist, he also holds a degree in psychology, obtained with First Class Honours, and eight other degrees and diplomas including a master’s in statistics. He was awarded the Royal College of Psychiatrists’ Research Prize and Medal as well as The Maudsley Hospital’s own Denis Hill Prize, and The Osler Medal. The Royal College of Psychiatrists recently also awarded him the Morris Markowe Prize.

In 2004 he was appointed Visiting Professor for Public Understanding of Psychiatry at Gresham College, and he was asked by the Royal College of Psychiatrists to edit its first book aimed at educating the public on psychology and psychiatry. The Mind: A User’s Guide was published in 2007 and reached the top ten best-seller list. All of his five previous books have been top ten best-sellers. He has contributed a chapter to the Royal College’s latest book – The Female Mind: A Users Guide.

His writing is in several established textbooks, including the Oxford Companion to the Mind and he has contributed a chapter in the latest comprehensive textbook of psychiatry for trainees: Psychiatry – An Evidence Based Text. He has approaching 100 publications in journals such as The British Journal of Psychiatry, British Medical Journal and The  Lancet.

Recently, he was elected Fellow of University College London and the Royal College of Psychiatrists. He is patron or supporter of numerous mental health charities including OCD-UK, The Manic Depression Fellowship, Association of Post-Natal Illness, Childline, Action Aid and The Samaritans.

The Independent on Sunday Newspaper conducted a poll amongst members of the Royal College of Psychiatrists and the Institute of Psychiatry to discover who the top ten psychiatrists were in the UK, as rated by fellow psychiatrists. Dr Raj Persaud was the youngest doctor to make it into this esteemed list. The Times Newspaper also recently placed him as one of the Top Twenty Mental Health Gurus in the world.

He is now podcast editor for the Royal College of Psychiatrists and also has a free app on iTunes and in the Google Play store entitled Raj Persaud in conversation, which includes a great deal of free information on the latest research findings in mental health, plus interviews with top experts from around the world. Download it free here.