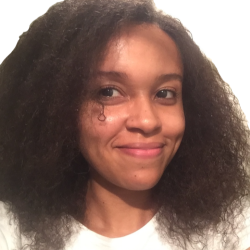 The Fuchsia Corner is a London-based production company founded by award-winning producer, writer and director Drew V. Marke, who has been selected for BFI Network’s Best of List and the BBC’s New Talent Hotlist. The Fuchsia Corner just produced its first feature film called GET LUKE LOWE, a dark comedy revenge film about two women who seek revenge on a troll, and is in development on its second feature film, BECOMING BRIE. It has also previously completed shorts LOVE ROBOT (2017) and CORPUCIA (2018) which have been selected for a number of international film festivals and are currently showing on SHORTS TV in various territories.

What we’re looking: The Fuchsia Corner is focused on producing bold and thought-provoking content for film, TV and online distribution that feels original, fresh, modern and very well-executed. It can be genre such as thriller, horror, mystery, sci-fi or dark comedy. When it comes to drama, we’re looking for stories with marketable concepts.

"LSF has the mix of learning, encouragement and opportunity in one place."