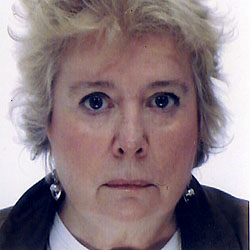 Elaine practised as a solicitor before becoming an agent. She represents writers and directors in film, television, stage, radio as well as a few book writers. Please check her website to get an idea of her clients: http://www.elainesteel.com/

She was general secretary of the Writers’ Guild of Great Britain in the late seventies and she produced a four-part drama serial, Signs and Wonders, for the BBC starring James Earl Jones and Prunella Scales, written by her client Michael Eaton.

She was a founding member of Women in Film & Television and a founding board member of The Script Factory. She is a member of  BAFTA and the Personal Managers Association and was Chair of the Board of Trustees of New Writing South 2010-13.