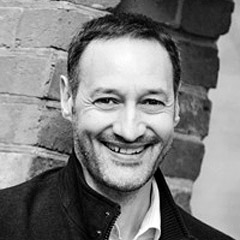 Emmanuel Oberg is a screenwriter, author and creative consultant with more than twenty years of experience in the Film and TV industry. After selling a feature film screenplay to Warner Bros, he has been commissioned as a writer by StudioCanal, Working Title/Universal, Gold Circle and Film4.

Emmanuel worked recently as a consultant on feature films developed by Keplerfilm, Film Kolektiv, Unité de Production, TeamTo and IBC/Kavac Films. This includes Marco Bellocchio’s The Traitor, in competition at Cannes in 2019.

In 2018, Emmanuel worked with BAFTA nominated writer David Joss Buckley (A Mind to Kill, Hinterland) on the eight part TV Series Cold Courage, an international coproduction between Finland, Belgium, Ireland and Iceland. Based on the bestselling novels by Pekka Hiltunen, this political thriller will premiere in 2020 on Viaplay in Scandinavia. Lionsgate handles the international rights.

Emmanuel is the founding director of consulting and training company Screenplay Unlimited and the author of “Screenwriting Unchained”, an international bestseller on script development introducing his innovative Story-Type Method®. The second volume in the series, “The Screenwriter’s Troubleshooter”, was published in October 2019. A third volume, “Writing a Successful TV Series”, is scheduled for publication in 2020.

As a Film and TV screenwriter, Emmanuel is represented by Rachel Holroyd at Casarotto in London. For more information about his script training and consulting services, please visit www.screenplayunlimited.com.