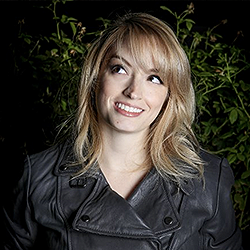 Evan Schmitt is the Creative Director at Balance Pictures, a production and development company. Evan is also a freelance writer and script doctor with a vast understanding of comedy and “magical realism”. She is charged with keeping projects on track and eye out for stories that might be developed under the Balance Pictures banner.