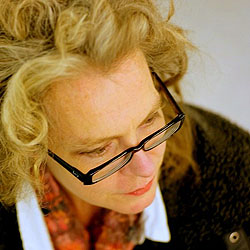 Fenella Greenfield is a founder member of Euroscript and works as both script doctor and lecturer for the organisation. She also runs its annual Screen Story competition.

She pays the rent as a freelance TV trailer maker and short-form corporate producer/director.

Her co-written feature-film The Attendant won JETS during Berlin’s EFM 2018.