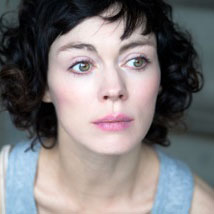 Having spent many years in the theatre, credits include, the title role in Oscar Wilde’s Salome, Maggie in Cat on a hot tin roof, Gwendolyn in The Importance of being Earnest, and many other leading roles in plays by writers such as Dion Boucicault, Noël Coward, Martin Crimp, Sarah Kane, Arabel, G B Shaw, and Ibsen translated by Frank McGuinness.

LSF curates a brilliantly diverse range of speakers to suit all career levels. I was lucky to connect with a producer."