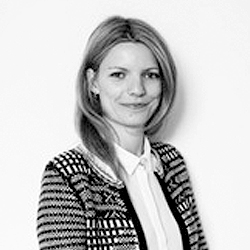 Since 2009 Silver Reel has produced and financed more than 35 feature films. Silver Reel’s Executives have built a worldwide network of producers, writers, directors, actors, agents and distributors. This gives Silver Reel unprecedented access to projects of the highest quality, with a special bias on elevated material. Silver Reel’s portfolio encompasses elevated dramas like Jonathan Glazer’s UNDER THE SKIN, starring Scarlett Johansson, Jonathan Teplitzky’s THE RAILWAY MAN, starring Colin Firth and Nicole Kidman, genre films like SOLACE, a psychological thriller starring Anthony Hopkins as well as UNLOCKED, an action packed spy thriller starring Michael Douglas, Noomi Rapace and Orlando Bloom. The most recent projects include BREATHE helmed by Andy Serkis with the leads played by Claire Foy and Andrew Garfield, THE WIFE with Glenn Close and Jonathan Pryce as well as another film by Jonathan Teplitzky, CHURCHILL, with Brian Cox and Miranda Richardson. Furthermore, LOVING VINCENT, the world’s first feature length painted animation, with every shot painted in oil on canvas in the style of Van Gogh.

I got way more from it than I expected and you can’t put a price on that."