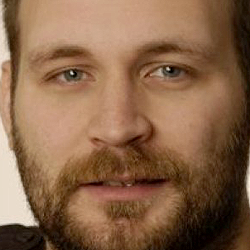 Queensbury Pictures (and MPI) are a pretty unique independent entity in that we are able to fund/co-fund, produce, sell Internationally and distribute in North America, features of up to around $1m budget but we’re incredibly talent-focussed rather than volume-focussed. Unlike a number of US sales/distribution companies, we produce a large proportion of our own titles, focussing on a smaller number of productions per year but each film is an investment in writers (and directors), first and foremost.  Our past projects have included HOUSE OF THE DEVIL, STAKE LAND, THE INNKEEPERS, WE ARE STILL HERE, STARRY EYES and CATFIGHT — films which have made enormous waves at high profile festivals such as Toronto’s Special Presentations and Midnight Madness strands, SXSW, Fantastic Fest and Tribeca. We look for writers and directors either very established in short films and looking to break into features  or who have a nascent feature career, we’ve cemented the careers of Ti West and Jim Mickle and worked closely with producers Larry Fessenden, Travis Stevens and a host of other vital voices in the independent genre arena.