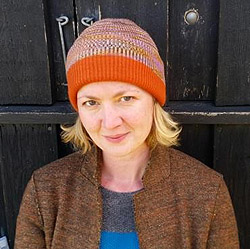 After a run of short fiction prizes in her teens, Hania left Edinburgh University with a first class MA in Literature. Returning to London, she spent her twenties working as an associate literary agent, helping upcoming writers get their first projects commissioned.

But she never stopped writing herself. During those years, Hania twice made the Brit List with BFI-championed screenplays: Son of Man (World/BFI), a poignant rites of passage comedy about an obese, bullied Catholic schoolboy who learns what it means to be a man in the unlikely setting of a teen pregnancy class; and Letter From America, a dysfunctional, transformative road trip which sees a bereaved English couple coming back to life while retreading the last steps of their daughter in America. And in 2014, she left agenting to focus exclusively on her screenwriting career.

Hania has since developed projects for Scott Free, World and Touchpaper. Hania’s script Full Frontal is in advanced development with Mam Tor/Endemol, and came top of the inaugural TV Brit List this year. Re-appropriating the masculine genre of film noir, it features a young female protagonist with a brain injury who plays all three roles of hardbitten sleuth, tragic victim and femme fatale in her quest to discover what really happened to her. The Innocents (New Pictures/Netflix Originals) will be Hania’s first project to hit screens. Co-created with Simon Duric it’s a runaway teen romance with an electric supernatural twist. Like all of Hania’s work, it’s driven by themes of transformation, identity and shines a light on complex female characters and relationships.