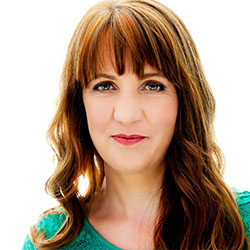 Hayley McKenzie is the founder and CEO of Script Angel, a professional writer development organisation, whose mission is to develop the next generation of diverse screenwriting talent for the global film and television industry.

An experienced film and television script executive with over twenty years in the industry, Hayley founded Script Angel to offer a professional script development service to emerging screenwriters. Their signature Screenwriter Coaching programme, delivered by a team of BAFTA-winning script editors, provides ongoing support to help writers find their voice, elevate their portfolio and advance their screenwriting career.

Hayley McKenzie is appearing at the following sessions: